Westminster City Council is the local authority for the Borough of Westminster in London. Recently, Groundwork worked closely with the Council in an assessment of the usage of the Borough's green spaces, which includes historically important sites such as Westminster Abbey.

Groundwork carried out community consultation to ascertain usage patterns, satisfaction levels and improvements priorities of Westminster’s parks and open spaces of those who live, work or visit Westminster.

Groundwork GIS oversaw the surveying tasks in the field using the iForm tablet application and developed a large number of statistics to report on this community consultation. Maps of various scales were also developed in order to present the locations of parks and open spaces of Westminster. 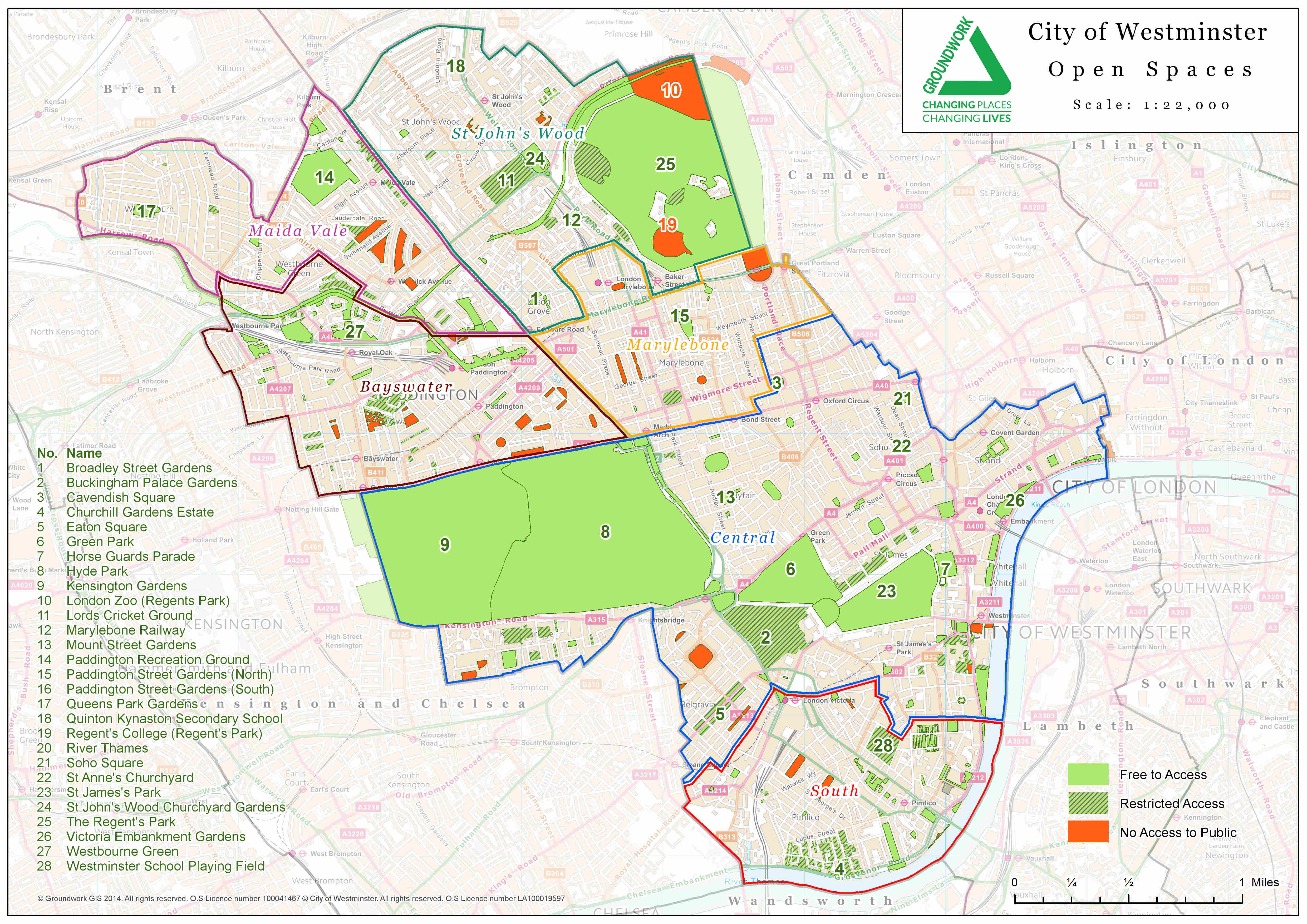