The Department for Environment, Food and Rural Affairs (DEFRA) and The Forestry Commission co-funded The Big Tree Plant campaign, which was launched in 2010. The aim was to encourage people and communities to work in partnership and plant more trees in England’s towns, cities and neighbourhoods. Groundwork London was responsible for the administration of this grants scheme and the Geospatial & Data Services team played a key role in the reporting and data analysis aspect of this project.

The Groundwork GIS team had a key role in the reporting of The Big Tree Plant project. Using the field data collected, demographic data and other spatial data, maps were developed which showed the percentages of trees planted in areas lacking green spaces and in areas of greatest need (based on Index of Multiple Deprivation statistics). The maps and statistics provided were critical in assessing the value of the project. 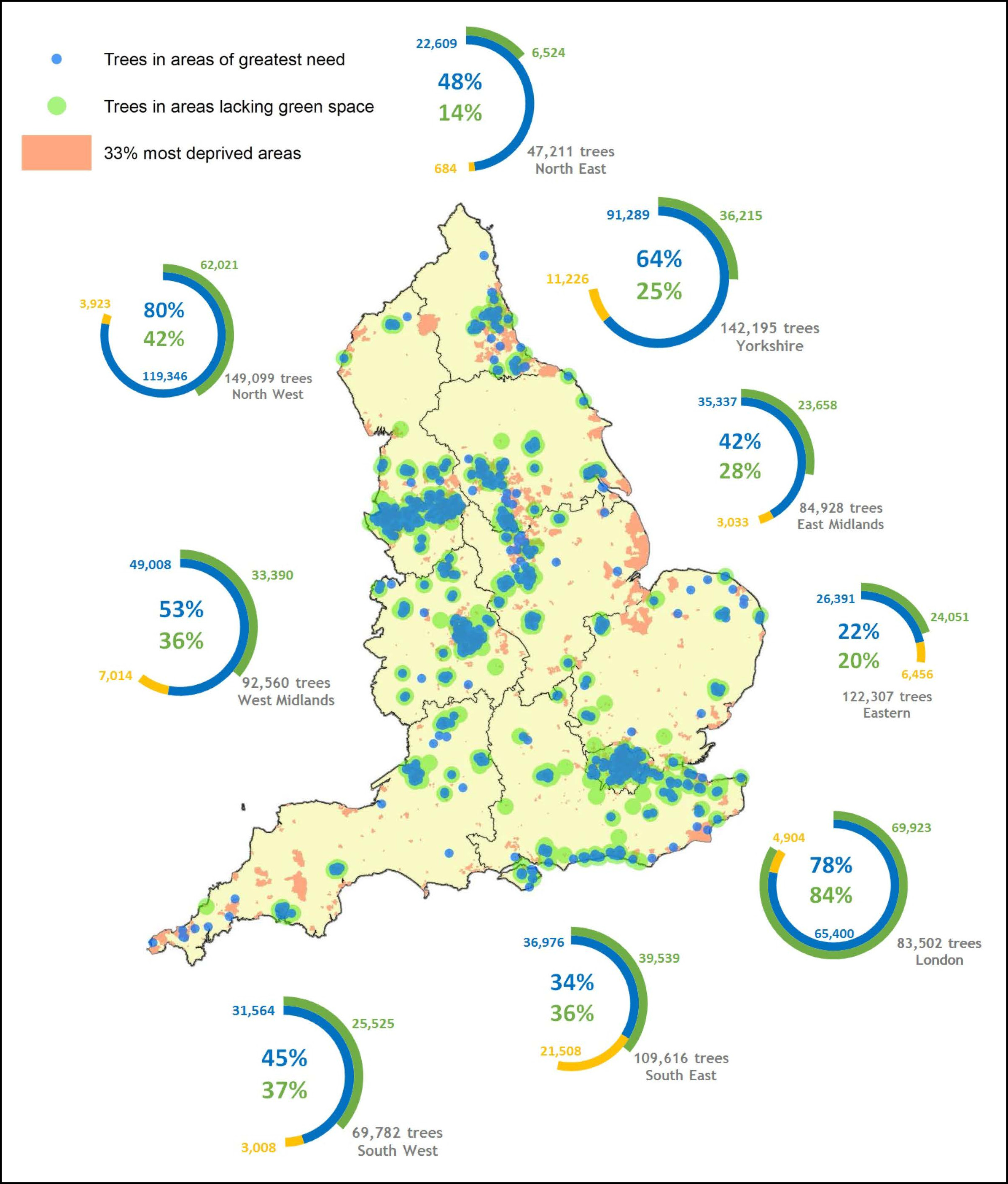