The Geospatial & Data Services team operates out of Groundwork London's Morley Street office and hence works closely with Groundwork London on the various projects they are involved in. Contributions to projects can range from small jobs such as creating an area profile for a new recycling hub to long-term contracts such as the systems-management of the Thames Water Progressive Metering Programme.

Groundwork London were commissioned by the London Borough of Camden to engage with local residents on the removal of green space around Euston station, caused by the expansion of Euston station in preparation for HS2. Any removed green space will have to be relocated elsewhere to ensure the total area of green space surrounding Euston does not decrease. The engagement process aimed to understand to which area local residents would prefer this green space be relocated. As part of this work, we were asked to provide an analytical breakdown of the demographics of the population in the affected area. This could then be used to identify groups that need to be targeted to participate in the engagement programme. The published report can be found here.

Available below are examples of the maps we produced for the final report. Most were created using the 2011 Census at Output Area level, which is the most detailed statistical area available publicly. We also used the yearly population estimates released by the ONS at Lower Super Output Area level. Throughout the project, we aimed to reduce the number of maps required to show the data. For example, instead of producing separate Choropleth Maps for each ethnicity we grouped them into four basic categories. This made it possible to display all four maps on the same page, allowing for side by side comparison. 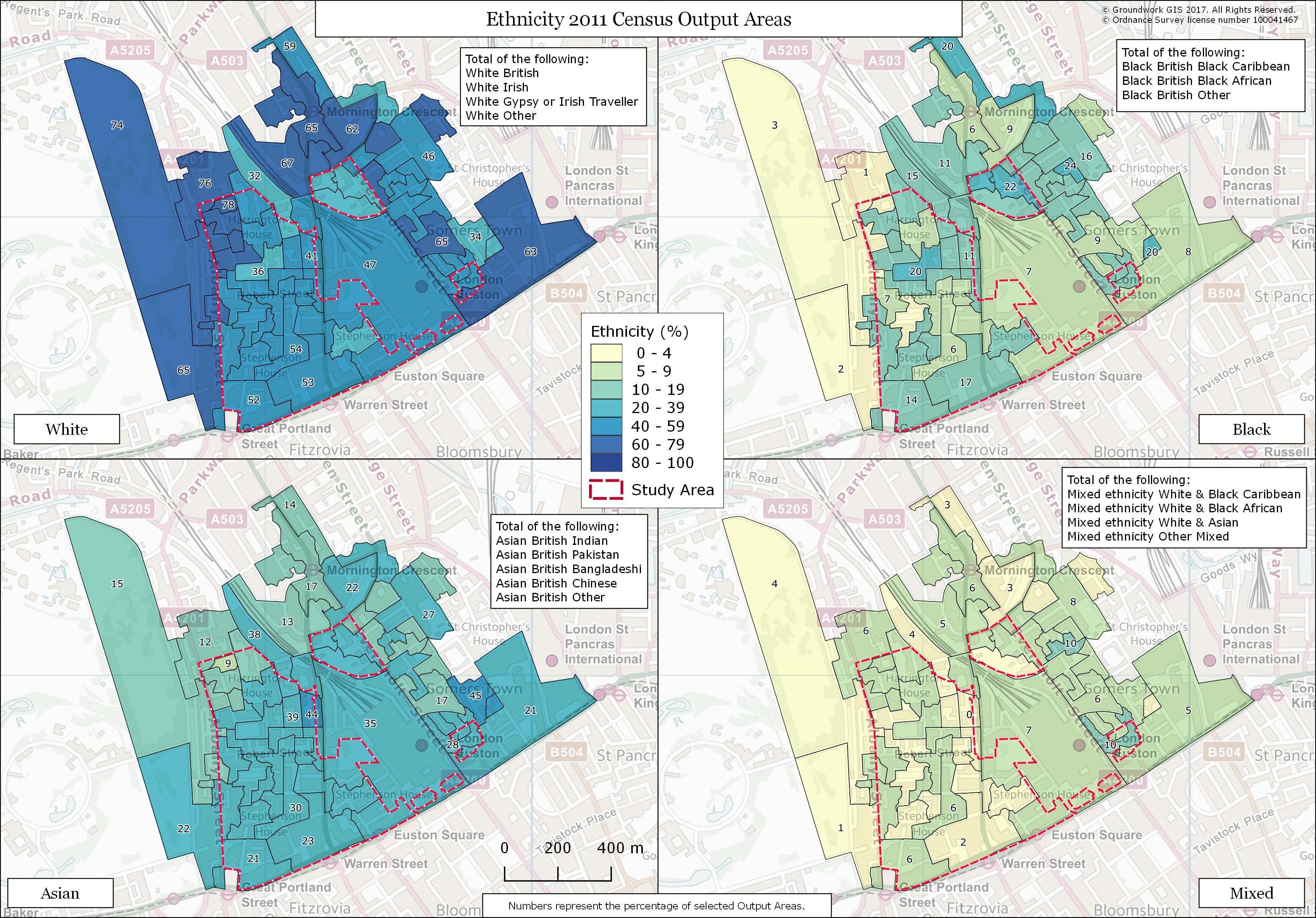 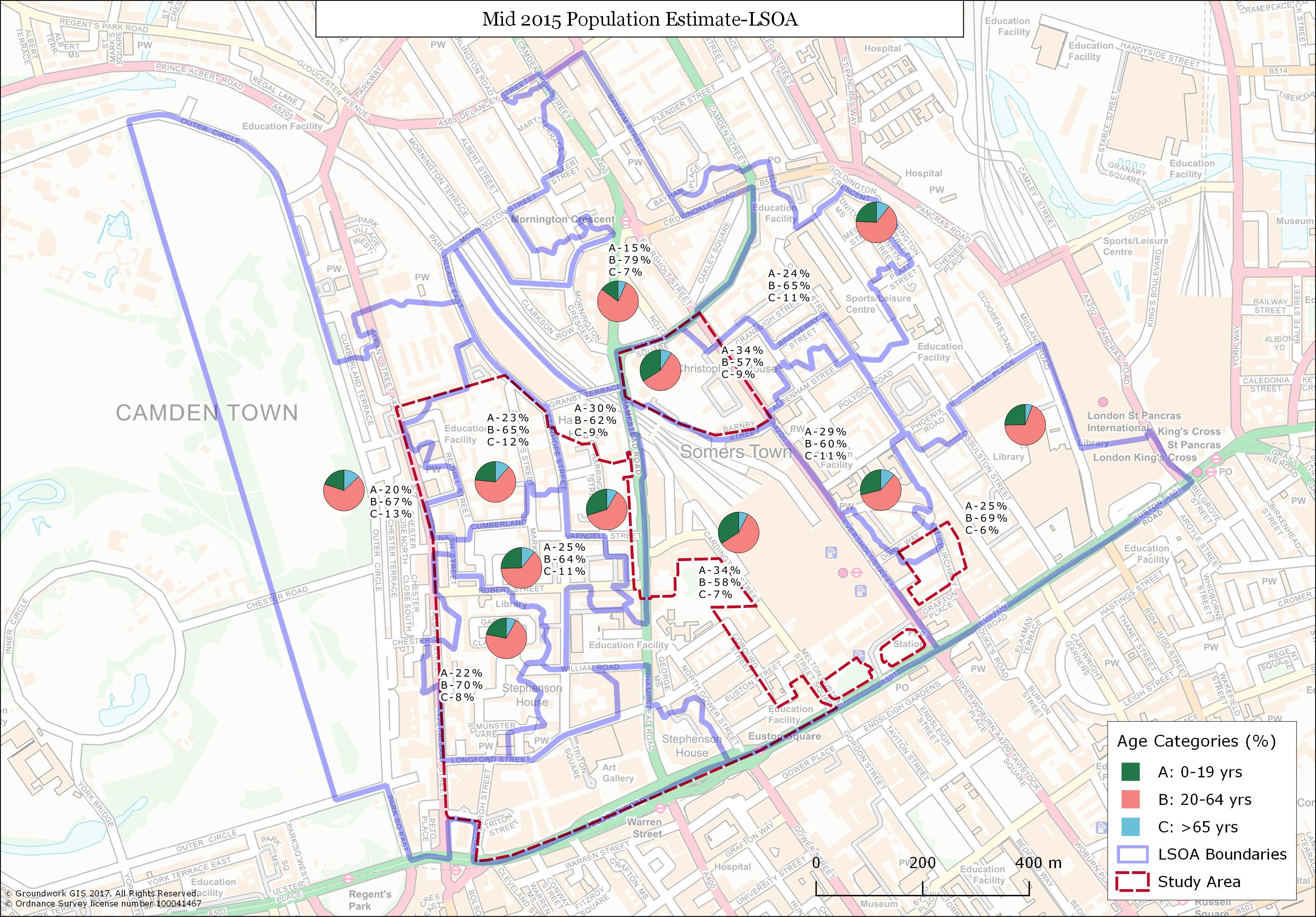 At Groundwork, we advocate sustainability and encourage adoption of open source technology. In geospatial mapping Open Source mapping tools are very advanced and offers a real alternative to proprietary / licenced softwares, which helps clients with a modest budget to achive a reliable solution without incurring ongoing licence costs. Groundwork GDS have the expertise in the design, development and deployment of public facing web map applications based on open source systems, such as Geoserver

A demonstration map using data from various sources combined in Geoserver is shown below:

Groundwork is currently managing a grant program for communities that will be affected by the first phase of construction for HS2. The funding is primarily targeted at organisations within the voluntary/community sector that are for the public benefit and are not for profit.

An online map was developed for Groundwork to use internally to help with the decision making process for grant applications. A number of datasets have been added, these include 1km buffers, conservation areas, construction traffic routes and listed buildings. 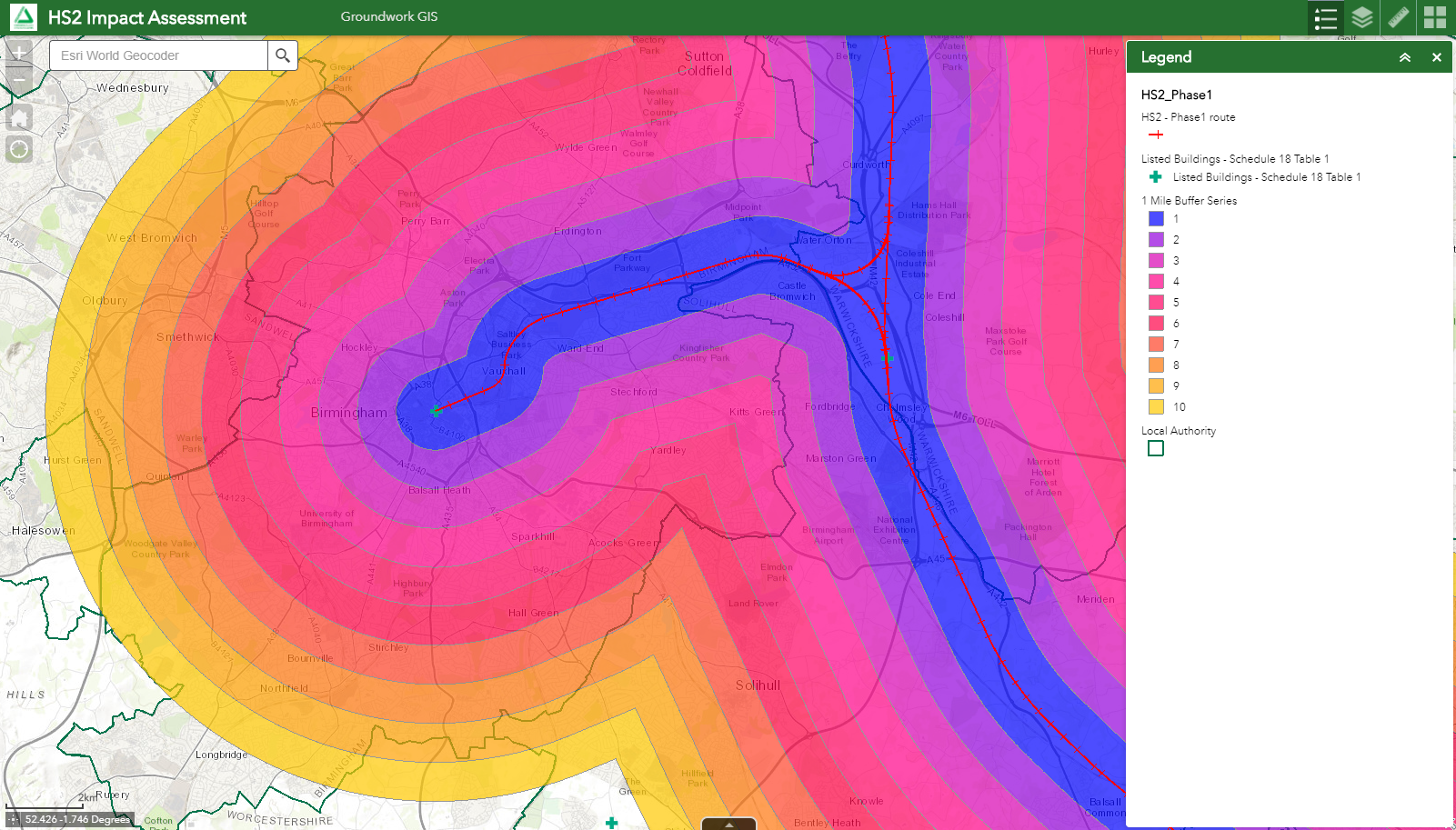 The Green Space Mapper is an online consultation and surveying tool which allows users to build a versatile questionnaire which can be associated with locations which have been mapped onto an interactive web map. Developed for use with desktop, tablet and mobile platforms in mind Green Space mapper is a flexible solution for use on site or as part of a desktop survey. The Green Space Mapper has been used by numerous housing associations and park authorities.